With my new set of three Calliope minis I started to experiment with Bluetooth. So I fired up pxt and build a sender and receiver for a simple application:

Actually this was pretty easy to code, but the major problem was, that I did not add a group to the sender and to the receiver! When I added the setup code for the group (number), I also added some text which shows the role of the device when powered on.

This is the sender code (as a picture):

This is the receiver code (as a picture): 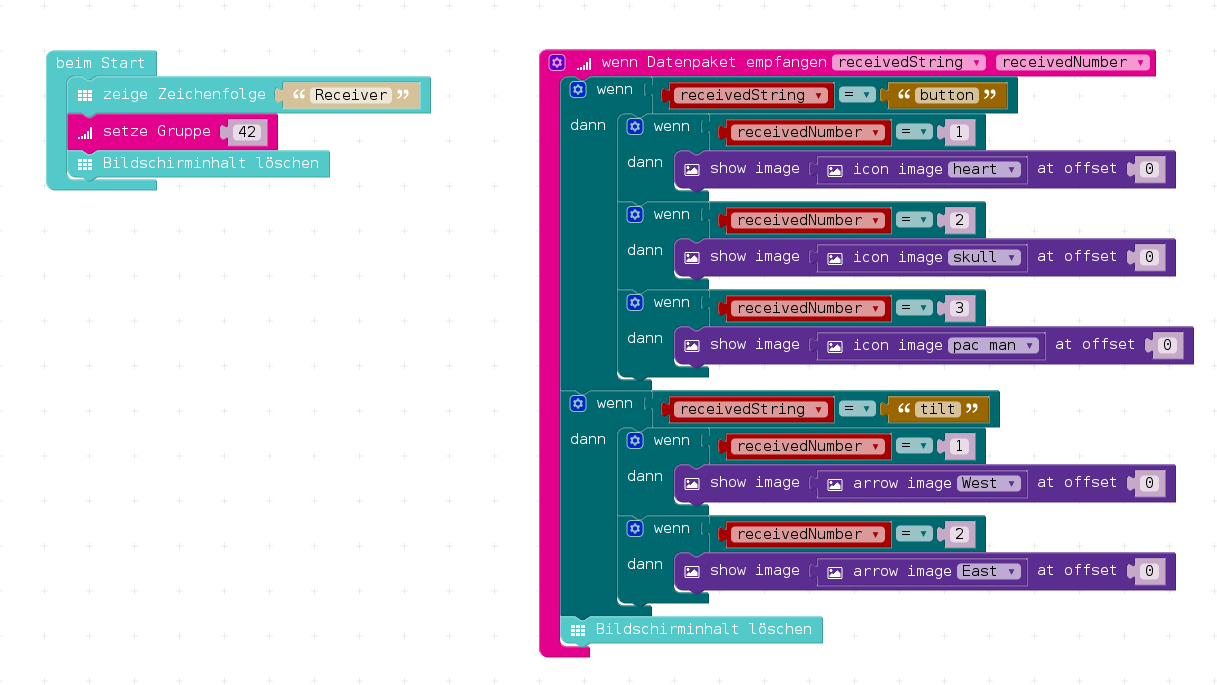 Here are the links to the hex files:

Well, this project was nothing special, but it was much fun to get started with Bluetooth on the Calliope mini. IMHO currently the biggest drawback of doing stuff with this device is a proper manual, which also reflects how to use the various features in the different online editors.